Someone posted my latest book cover to this site: http://lousybookcovers.com/?p=739576 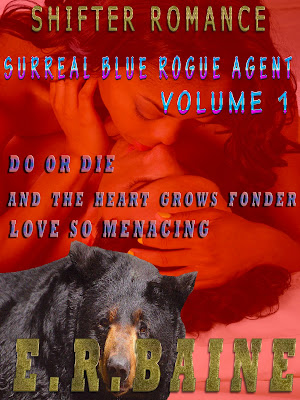 So basically what they are saying is that the cover I worked on the least made the cut! You know I felt for sure that one of the many covers I had done for And The Heart Grows Fonder would find its way onto that lamo website. But it took the book that I put the least bit of effort into to get me there.

Is this like the razzies? Have I reached Halle Berry status? Is there an awards ceremony that goes with this prestigious prize? What I don't get is why are they picking on the bear? It is my choice in fonts that is most questionable.

Anyway, these people and these types of websites aren't relevant anymore. They are a throwback to the time when Publishers were trying to figure out a way to craftily belittle indie writers publicly without being too obvi. But they only come off as pathetic like the people who troll twitter and facebook to mock pregnant women for being fat. Studies also show that the public is interested in positive norms, not sites that offer controversy in mocking the best effort of people putting their best foot forward on their own terms.

So I guess I should dump on my web development and desktop graphics courses I did at Uni and revise the meaning of the color spectrum.Lousy book covers? Geewiz. >L<
Posted by chunksie at 6:18:00 PM