You gots to be freakin' kiddin' me! Twerk is gonna be added to the Oxford Dictionary, and I still cannot use ingenuine in a sentence? Ohh! The Humanity!

FYI People...Twerking comes from the word daggering. Infact, there is no such thing as Twerking. Daggering is the name given to the form of dancing in Jamaica where the woman and man dance simulating sex on the dance floor. But like everything else American () America got it from somewhere else and attached a different word to it and adopted it as its own. Now we know why Rhianna looked so unimpressed at the VMAS ;P She was already familiar with the craze - been there and done that.

Ahhh, white people: what would black people not of the northern hemisphere do without them for kicks and giggles. "teeheehee."


But now that white people are doing it guess there is nothing else to do than to go rogue: 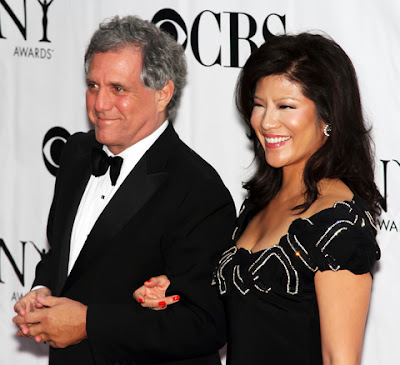 Okaaay...so...the fact that she is married to the President and Chief Executive Officer of CBS - The Les Moonves, has absolutely nothing to do with the fact that she got a head start in good old Hollywood and three shows on the same network. In the span of what, less than 5 years? It is all in the eyes people. Yeah, right. Can you say nepotism anyone??