Movies I am looking forward to seeing in 2013:


Will Smith's After Earth movie trailer:

Can't wait for Willy Moon's tour next year. Saw him perform on Jay Leno the other night and I was hooked.


The DJ Cable REEEEEEEMIIIIIIIIIIIIIIIX!
Go get in on SoundCloud with this link:
https://soundcloud.com/djcable/willy-moon-feat-wiley-yeah
Posted by chunksie at 1:34:00 PM

My heart felt sympathies go out to the victims of the Sandy Hook Massacre Victims. For all of you who are also trying to cope with the loss, I found this vid on youtube. Hope it helps: A video teaching you the best way to cope with loss. The channel is useful as well, I recommend subscribing to the channel.

I hope this latest shooting gets some tougher laws on the books in regards to gun ownership. I utilize military tactics and weaponry in my stories and as soon as I heard that a bushmaster rifle was used, I just knew what the outcome would have been:  multiple gunshot wounds each child. It is sad to think about, for me, because - mostly I utilize the information as regards to the supernatural. Writing about violent scenes is a form of make believe, like in the fight at the end of twilight. Doing research and knowing how victims are affected by this weapon, it is truly painful to believe that young children were subjected to this sort of pain in real life.
These assault weapons do not belong in the hands of civilians. The second amendment was created decades ago in a time when armed forces were not as organized as they are today. People need to put their faith in their government to protect them, and give up the psychotic notion that in a situation such as this that if they are armed they are going to come out guns blazing and able to be the hero. That is not the case. That will never be the case.

Welcome to the Danger Room!!

Ha Ha! The X-Club has been one of the more recent 'angstiest' Marvel comics to date! And thanks to Spurrier and Davidson we got what we were hoping for on the last page! So funny, don't they make an awesome couple!
Reading this comic was like reading a shoujo novel where the couple finally get together in the last chapter of the final volume. If you love drama/action/romance you will love X-Club!
An wowee 'looky' 'ere! Dude marvel giving away codes to access same day bought titles for free online with the hard copy purchase in the store! Who predicted this would happen,...hmmm, I wonder who that was...let me see...Oh yeah me- go figure T_T
"The customer wants to read their comics, but not for 2.99 an issue or .99 an issue. Readers want access to an online digital reader for a low price each month,..."
Well we are finally getting it from Marvel. It became pretty obvious what the MnM (Mouse's Marvel aka  Disney) was up to with its recent Spider-man issues but it is still spectacular all the same. Now what I would like to see from DC is to step up. I'd like to load google and find a button right next to scholar that says DC
Comics Library on it. That would be awesome. Yeah, Yeah, Yeah in a perfect world.
DC is going to try to maintain its spectacular momentum with its second launching of the new 52s in the next two months. If I were Marvel about two issues after that, like at issue number 2 of DC's newer six titles releases I would launch AvX across the board on every single title, linking each one. For a hot gimmick if something happens in one comic I would write "see issue number xx" for another comic being released the same month. So you can continue reading the same story for the whole month once you purchase all the select comics. They seemed to do this with last weeks releases that sported the rift between Scarlet Witch and Vision (yes, more shoujo heart pumping drama, seriously I don't know why Marvel doesn't market more directly to female audiences, especially with all this drama surrounding Hope coming up). 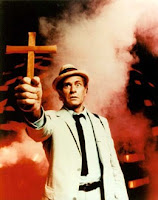 He looks like such a large and in-charge figure on this issue of the X-Club. Don't you just love a guy who can handle his business like that. Never knew that a guy could look so hot all dressed in white like that. You know, as opposed to that other guy...
Posted by chunksie at 3:05:00 AM

Website not nearly near complete yet. Goodbye Whitney! We love you.

Hi, Website is still under construction I hope you like what you have read so far. I have another article planned for the blog which will be up by the end of the month.

Still can't believe Whitney Houston is gone. Every time I hear one of her songs I just feel so sad. It's just unbelievable news that hits you in the gut whenever you hear it.

I know that everyone is gung ho over her Bodyguard video by this is the video I remember when I was younger I was all hung up over. When I played on the Television I had to stop and watch it no matter what. I really love this song. It is Be My Baby Tonight

I love the song I Will Always Love You too.