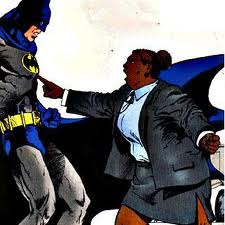 Dr. Amanda Waller is one of the most auspicious anti-heroines in D.C. comic book history. She out wits Batman on a bi-monthly basis as the head of Cadmus, the U. S. government’s counter terrorism task force responsible for countering any attack by the possible tyrannical rein of the Justice League. Her debut in the 1986 November issue Legends # 1, as a dark skinned, heavy set woman of African descent of upper echelon achievement within a government administration that was highly stereotyped within comic book and popular culture representations that highly favored the balding, elderly, white male, attired in soldier fatigue was considered a great accomplishment by writers/ creators  Len Wein,  John Ostrander , and John Byrne; as well as a great risk in the combative ideal taken against the centric norm of the white male hierarchy verbatim textual philosophy that continues to plague modern pop culture that proposes the white male autocratic leaders as the apex of virtual achievement. 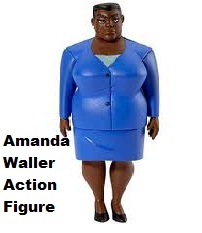 D.C. Comics continues to ‘break the mold’ on this character today, twenty five years later as they have kept Amanda Waller centric to their ever  widening plot line and stories that involve D.C. varsity super heroes such as Superman, Batman, Wonder Woman, and the Flash. Her name has proven to be as recognizable as other iconic D.C. comic villains such as Bain, Max Lord and Lex Luthor.

Though many view her persona as being relative to other black female characters being portrayed today in varying mediums as negative such as the role that provided Mo’nique with her character driven vehicle to acquire an academy award in 2009 for her critically acclaimed performance as an abusive mother in the motion picture drama Precious (Lions Gate Entertainment), a movie widely publicized by Oprah Winfrey. Amanda Waller’s character though is not nearly as offensive in status as the Mary (Mo’nique) character of the novel Push, written by Sapphire that the movie Precious is based. Amanda Waller is unique in her gravitas when faced with habitual dramas such as providing a cloned army of Ultimen to stave off a false assault by the Justice League (Justice League Unlimited, ep. 3, Season 4 ) 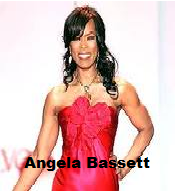 However, could the truly unique concept of this comic book icon be misinterpreted by the on screen casting of Ms. Angela Basset in the upcoming Green Lantern (Warner Brothers) movie? Angela Bassett is an actress made memorable by her svelte figure in such movies as What’s Love Got To Do With It (dir. Kevin Sullivan) and How Stella Got Her Groove Back (dir. Brian Gibson).  Has she gained weight to play the role of this authentic female character, or has the uniqueness of her feminine physique been brushed aside as irrelevant for the dynamic purpose driven charisma Angela Bassett’s acting will achieve in introducing Amanda Waller to a wider audience on screen?

Amanda Waller can be described as one of the singularly least represented figures in main stream fiction as a complex, overweight African woman that holds a non-traditional role in the apex of society that main stream world governments cannot reconcile to work without. She holds herself above all extreme, complex doubts and fears in her abilities to defend America against the meanest of villains and terrorist attacks. Yes, her ethnicity on screen is being held within compliance of the original storyline, but has the shift from fat to thin in her on screen persona unraveled the playing field further for fat black actresses in entertainment in modern society?

Recently there was a crisp riot of emotion sounded against Howard Stern, the grandiose X M Sirus radio host that touted Oprah Winfrey as being a malicious “liar” for proclaiming that Academy Award nominee Gabourey Sidibe (Precious) is in the whirlwind of garnering a major film career in her future as an on screen dynamo. He says that because she is both fat and black she will never have the major varying film roles such as actresses Halle Berry and even Angela Bassett clearly command.  Was Howard Stern trying his best to be majorly offensive (as usual) or has he been proven to be the most overwhelmingly brutally honest anti-hero of this generation today by what has become evident as the recasting of this character as a svelte Amanda Waller, and not an overweight black woman as originally portrayed in the 1986 comics?
It is not difficult to compute what becomes to a character when an aspect of a character becomes amortized contextually.  Lex Luthor went from being a smart, well versed educated black villain to being a smart, well-bred white villain again.  Although, originally a Caucasian character, Lex Lutor’s laborious construct of uniqueness as a smart black villain that can give Superman equal fight, becomes further irrelevant, and their onscreen adaptation ruin their authentic, creative self-worth.
Should women of African descent be magnanimous in their acceptance of a role that could be viewed as visionary in its construct as a fat black female being construed as head of a leading authority in the U.S. by a thin black woman as long as it is not being very remodeled as a “ ...cupid’s-bow lips, … downy-soft cheeks,… button nose… ivory-soap-girl features we’re so familiar with” that lack voluptuous curves , and not withstanding their varying acting ability, fail in bringing genuine personality to their on screen character that any other “cupid’s-bow lips ...downy-soft cheeks,… button nose… Ivory-soap-girl features we’re so familiar with” can offer. Whose youth and beauty are their only mystique, and whose on screen personae are interchangeable with one another. 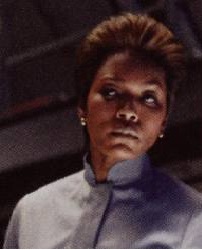 Of course Angela Bassett cannot be blamed for her choice in movie roles as she keeps fit in order to obtain the varying film roles that she has amassed over the past 25 years as being one of the most dynamic and inspirational African American actresses of all time. As roles are limited for black actresses on a whole as main stream character driven roles and the predominantly white male directing conglomerate of the Hollywood industry continue to fail in their philosophy as contemporaries to cast African women bravely in roles that question the prevailing theory that white is right. However, to further question remaining doubt of a black woman exuding strength, confidence and versatility no matter the forbearance of the role she is blessed with, the almighty truth owned by Zoe Saldana of Avatar (dir. James Cameron) and Star Trek (dir. J.J. Abrams), no matter the screen time Angela Bassett may own up to in the movie Green Lantern, should Strange Days star have worn a fat suit?
Posted by chunksie at 5:58:00 PM